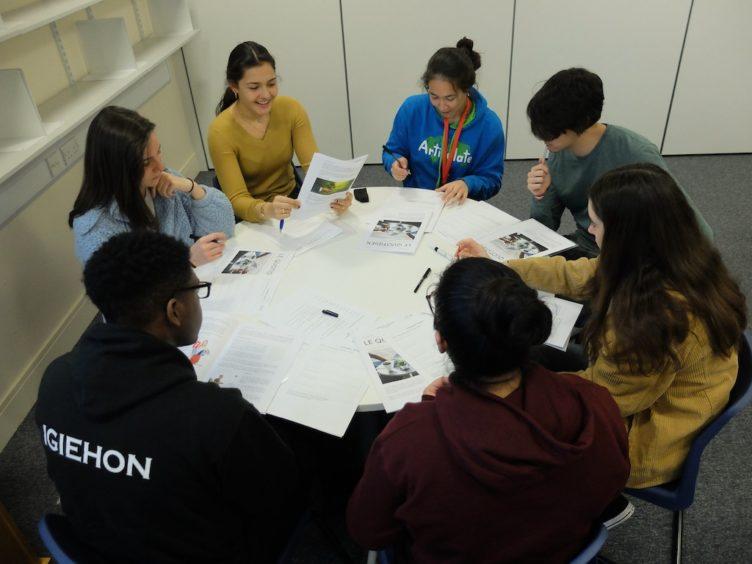 Connectivity is an amplifier to success

Most of us if asked to close our eyes and visualise a scientist, would conjure up an image of a lone genius: Dr Frankenstein in a remote castle laboratory, Newton sitting wistfully under an apple tree, or Einstein in a study excitedly working through his latest thought experiment.

However, if the last year has taught us anything, it is that we don’t work so well alone. Forced to stay at home, we relied on technology to keep in contact with others, and even so we felt the loss of accidental encounters and unscheduled moments.

The need to connect is not something new.

Newton published his famous laws of motion, not in his native English, but in Latin, so he could share his ideas with a pan-European scientific community. Einstein learned English, now the global language, to discuss his theories with fellow academics in international conferences. Frankenstein of course is fiction, but the story reveals a longing for a fellow creature.

It is a proven fact that students are more likely to succeed when they feel connected. Schools must do more than prepare students, they must enable them to connect to strengthen academic excellence.

Instinctively knowing this, parents are turning away from the narrowness of national systems, with their distorted emphasis on league tables. Since the year 2000, the number of students at international schools worldwide has risen from fewer than a million to almost six million; incredibly 80% of international school students are in fact ‘locals’. Furthermore, the International Baccalaureate (IB) is now the fastest growing qualification worldwide, and the most highly regarded amongst university admissions officers.

But how is it different to say, Scottish Highers, A levels or Advanced Placement?

Firstly, the IB offers both balance and choice across six subject choices – three at Higher level, three at Standard level. But to gain a full IB diploma, students must also complete a core programme including an ‘Extended Essay,’ a ‘Theory of Knowledge’ presentation and a reflective record of a ‘Creativity, Activity, Service’ (CAS).

The Extended Essay is an opportunity to research and address a particular issue that isn’t on the curriculum. It is not something that students are told to learn, but something that they want to know more about, and although they get guidance, it is done independently. It is one of the reasons that UK university admissions officers rank IB students at 91% for self-management skills, as opposed to 47% for A level and 28% for Scottish Highers and 94% for encouraging independent inquiry compared with 49% and 29%.

Theory of Knowledge asks students to think about how they think. They take an issue, let’s say climate change, and consider how it may be approached empirically (science) or ethically (social studies) or logically (mathematics). This element of the diploma encourages students to use their developing academic skills in far more self-conscious, flexible and creative ways, inspiring them to consider their own fundamental assumptions. Again, something acknowledged by universities who rated IB students’ open mindedness at over three times that of A level and Scottish High students, and creativity at more than double.

However, a well-rounded student, ready to thrive in a complex global society, needs more than thinking skills. They need to be ready to act and this is what CAS encourages –connection between thought and action.

Students may choose to help with a charity or to put on a show, but first they must demonstrate they are aware of the issues and understand them fully before they act, and then to reflect upon their own effectiveness. This is a structured approach to doing something different, to taking a risk, and no wonder that universities not only rate IB students for self-management but also four to five times higher for taking initiative.

But going back to the original point. However great our thinking ability or our willingness to act, connectivity is an amplifier to success – it helps students to be open to ideas from a broad range of sources with the ability to engage their thoughts with many perspectives. Just like Newton and Einstein went to special efforts not just to develop their scientific ideas, but to express them to the widest possible audience, out with their own communities.

Today, universities don’t see global outlook as an optional extra. It is a key aptitude for all as we don’t live in self-sealed localities – we are all connected to a globalised world. There is currently only one qualification that universities trust to deliver that. The IB Diploma.

Over 100 schools in the UK, both state and independent, offer the IB Diploma, but only one in the Northeast of Scotland: International School Aberdeen (ISA). It doesn’t take a Newton or an Einstein to tell you that traditional education systems are not working. The statistics say it all, demonstrating that IB students are more likely to complete university, to get a better grade and graduate better equipped for the workplace.

Already more than half the students at ISA are local. These families chose a forward-thinking connected education that prepares their children for the real world. Join the trend, look to the future.