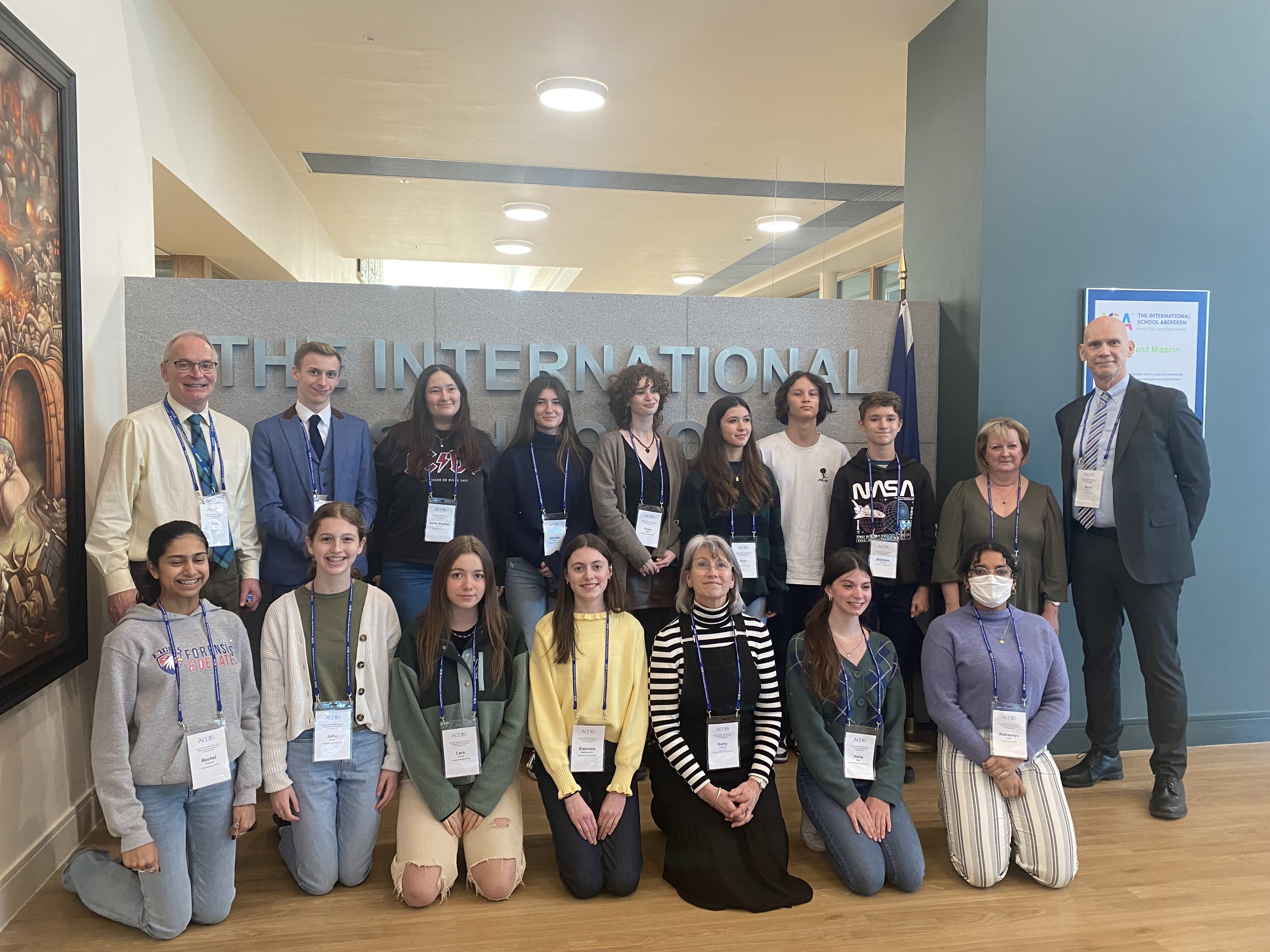 We are honoured to be hosting the AMIS (The Association for Music in International Schools) High School Choir Festival 2022, which will gather a group of 80 talented young musicians from 13 different international schools.

This exciting event marks the first time the festival has been held anywhere in the world since 2019.

The grand finale of this year’s Choir Festival will consist of a Gala Concert on Saturday March 19th in our Queen Elizabeth Theatre, where the AMIS High School Choir musicians will showcase their exceptional accomplishments livestreamed to a virtual audience.

We have been proud members of AMIS since 2000 and have hosted six festivals in conjunction with the organisation, which provides a network of support for music programmes in international schools all over the world.

Kent Walter, our Fine Arts Co-ordinator, said the school is delighted that travel restrictions have eased enough to be able to hold the festival once again, “We are honoured to be the first school to host an AMIS festival since the pandemic began. ISA is a huge supporter of nurturing talent and uniting the next generation of accomplished performers and we are privileged to be able to reintroduce AMIS to the world.”

The students, including ISA High School vocalist Flora Sawyer, will perform a repertoire of traditional and modern works including ‘Sing We and Chant It’ by Thomas Morley, ‘Bridge Over Troubled Water’ by Paul Simon and Art Garfunkel, as well as traditional Scottish folksong ‘Loch Lomond’.

The choir will be led by Guest Conductor Kathy Heedles, featuring Margaret Dickson on piano. Margaret has taught at ISA for the past 25 years and has been a crucial part of ensuring the success of collaborative events between ISA and AMIS.

Nick Little, Our Head of School, said, “It is a pleasure to bring this fantastic festival of musical talent to Aberdeen.

“As champions of diverse learning using best practices in education from around the world, ISA is thrilled to be hosting this gifted group of performers. We look forward to facilitating and attending many more events with AMIS in future to ensure we continue to support and inspire the next generation of composers and musicians.”

It is certainly an event not to be missed!