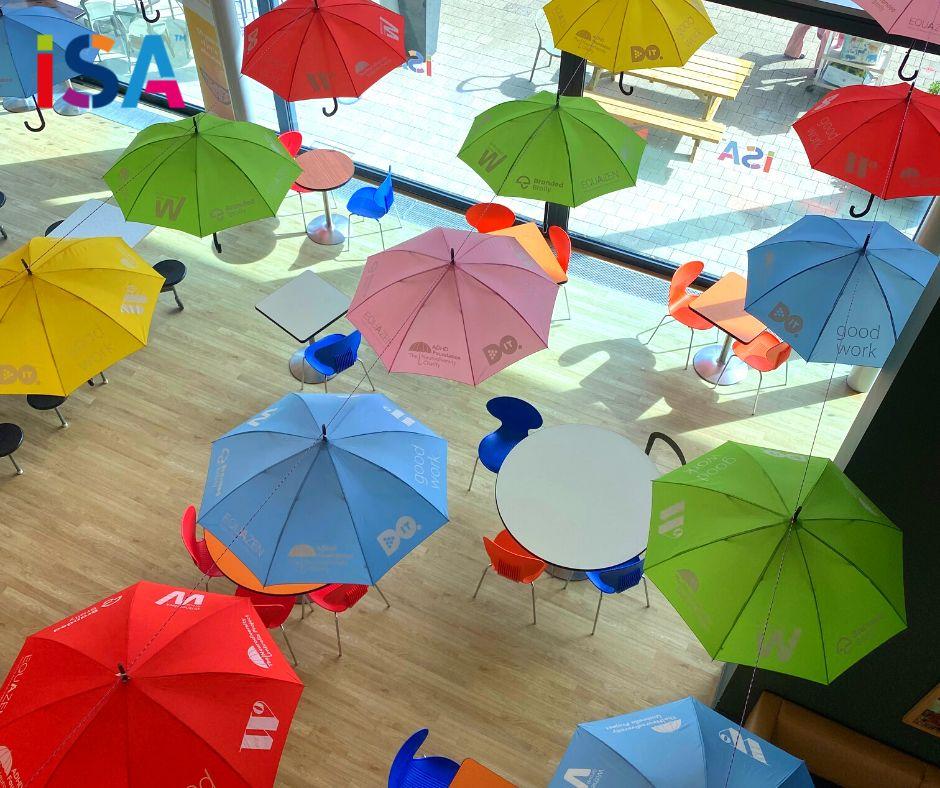 ISA takes part in the Umbrella Project in support of Neurodiversity!

This year's Umbrella Project started by the ADHD Foundation, is aimed at raising awareness of and celebrating the umbrella term of neurodiversity, which includes ADHD, autism, dyslexia, dysgraphia, and dyspraxia. ISA is honoured to be a part of this special initiative and to raise awareness within the school community and beyond.

Schools in Aberdeen were encouraged earlier this year to sponsor mini neurodiversity umbrella displays for school buildings, and ISA was 1 of 25 schools to sign up. Students were also encouraged to add a personal touch to the display by decorating the umbrellas with their special talents and abilities – their superpowers. The ADHD Foundation have also provided training resources for teachers and assembly resources to all participating schools to further educate students and the community about neurodiversity and its misconceptions.

As a way to empower and enable the next generation of children and young people, the initiative celebrates the intelligence and ability of every human being. The project aims to change perceptions of neurodiverse and neurodivergent individuals and celebrate their strengths.

The ‘Umbrella’ displays depict the one in five of us who suffer from a neurodevelopmental condition, such as ADHD, Autism, Dyslexia, Dyspraxia, Dyscalculia or Tourette's syndrome. Our school has brightened up with the umbrella installation, which conveys messages about ADHD and autism, and raises awareness of the support available to individuals and families.

The 25 brightly coloured umbrellas can be seen in ‘The Street’ at our school campus. If you are unable to visit the school, check out some photos of the display below.

For further information on the ‘Umbrella Project’ within Aberdeen, click here.