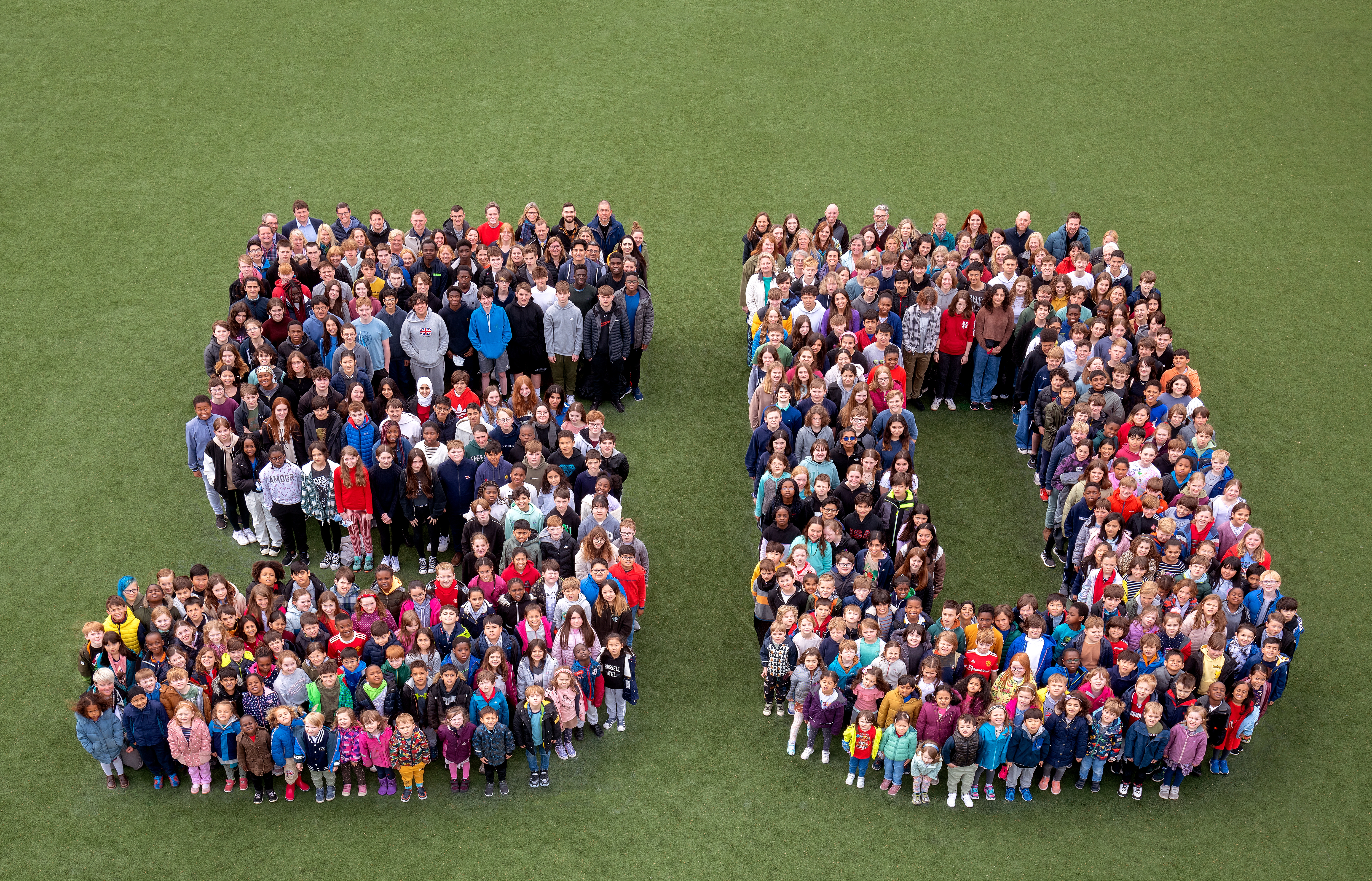 We are celebrating 50 Golden Years of Education!

We marked a milestone anniversary last week as we celebrated 50 years since our school first opened its doors.

A series of celebrations to mark our Golden Anniversary kicked off on Friday 26th August with an official Opening Ceremony and Concert, showcasing talent from students in Grades 3-12 (ages 8-16), with a 1970s inspired programme of music and dance from around the world. Former ISA students also made a return trip to the campus to play a part in our celebrations.

One of our most well-known alumni, NFL star David Ojabo, also shared a specially recorded video message from the US, where he is now based as Outside Line-backer with the Baltimore Ravens.

Friday’s concert featured a performance by our ISA Jazz Band as well as a Beatles inspired piano piece and a traditional Japanese folk tune by a former student. The celebratory event closed with a tribute to our Scottish roots with a Highland dance performance.

Our Head of School, Nick Little, commented on the milestone anniversary, “We are thrilled to be celebrating our 50th Anniversary and are very much looking forward to an exciting and diverse programme of events in the year ahead.

“It is great to feel the excitement building within the school and to see our entire school community joining together to help commemorate this very special occasion is wonderful.

“ISA embodies the essence of an international school as a gateway to the wider world, yet as a school community, we are immensely proud of our homegrown roots and our heritage in the Granite City.

“As we honour the last 50 years in Aberdeen, we also look to the future as we continue to thrive in our beautiful campus, maintaining a global approach to education and embracing contemporary teaching and learning methods.”

Other special events planned to mark the 50th Anniversary year include an ‘ISA Through the Ages’ exhibition in The Street, which will include alumni stories and photos through the years. Students will also be gathering items for a time capsule which will be buried in the school grounds and a 50th Anniversary plaque is also set to be unveiled.

We will also be celebrating our diverse community with a ‘Festival of Culture’ which will be held in October and preparations are also under way for a 70s themed talent show.

“ISA is such a special place. We are so much more than a school - we are a community. I am grateful for my role over the last four years in helping to lead the school and shape our students into confident learners and active global citizens.

“It’s inspiring to have the opportunity to work alongside a talented team of dedicated staff, who continue to go above and beyond to ensure our students are safe and happy at ISA.”